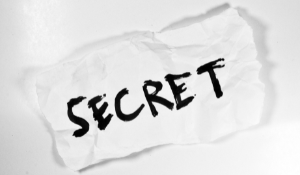 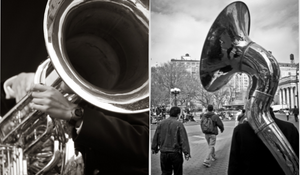 The difference between playing the tuba and sousaphone is all about getting a more powerful sound on the sousaphone. I would go for more attack on the notes getting more of a bass trombone rasp than more mellow soft tuba sound. In the bands that I'm in, you are on your own with the bass line, so it has to be loud and stand-out. But in the traditional brass band you would play with a more rich, deeper tone to blend with the other tuba’s as well as the band. I also think the way the sousaphone is designed also forward facing also helps to make you sound louder. People ask me.

How can I play the tuba/sousaphone louder? Basically, you need to put more air through the instrument. You don't want to blow this air faster, but you want a lot more of it. It takes a while to get correct, but you will become very good and consistent at it once you get the hang of it. There is no denying that having greater lung capacity is an advantage for playing larger tubas/sousaphones i.e. Bb’s than Eb’s. Dedicating some time to daily training can assist with increasing your lung capacity.

The ideal approach would be to adopt an exercise habit like swimming or jogging. If this is not feasible, you might want to try deep breathing practice called "abdominal breathing." If you practice breathing by using your abdominal muscles to fully exhale to the bottom of your abdomen, you will boost your lung capacity while also increasing control of
your breath.

At the end of the day, each approach has its uses. Sousaphones are great for playing
outdoors, and not so much a concert tuba since the sound goes up, not out. Same with the opposite – a sousaphone is too directional and thus is a bad choice for indoor playing as opposed to a concert tuba.

Also, as you get older, you appreciate sousaphones for outdoor gigs especially as they are way easier to carry around and set up. Along with the health problems playing Tuba on a “march” by the weight of the instrument pulling forward, pulling on your lower back! One day I would like to see more Sousaphones playing in the UK brass band scene. Not just because they look cooler but to help in terms of the health of Tuba players in UK banding. I’m all for a bit of modernization in the UK brass band scene. It seems there is a shortage of players who can actually still carry a Bb Bass on a march. 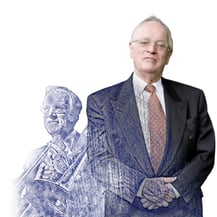 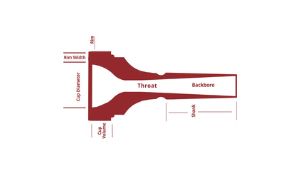 Your mouthpiece is a relationship of measurements, joined together to support you. Understanding the terminology and relationship is key to finding the right mouthpiece. 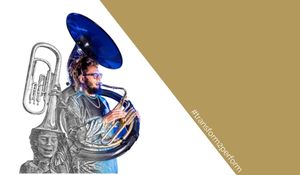 Why does everyone want to play tuba?

The average band student is only a couple inches taller than the tuba. So why is it such a popular choice among students? Denis Wick artist Felipe Martins will tell us...