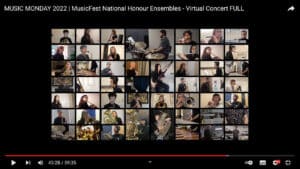 There are very few people associated with the brass band movement who can genuinely be described as architects of revolution.

One such is Denis Wick, the recipient of the 2021 4BR Special Award.

His remarkably informed musical insight linked to an equally refined business acumen revolutionised the sound of the modern, low-pitched brass band. It continues to this day.

Denis Wick’s professional playing career spanned well over 40 years; from his first appointment at the Bournemouth Symphony Orchestra in 1950, to encapsulate a 31-year tenure at the LSO (1957-1988).

His sound was heard on iconic recordings such as the premiere of the Gordon Jacob ‘Trombone Concerto’ to the soundtrack to the Star Wars films, whilst his pedagogy has also left a lasting influence — from the publication of his ‘Trombone Technique’ to his teaching at the Guildhall School of Music.

Countless players have benefited from his expertise — literally so in respect to his mouthpieces (mutes and accessories), which first appeared around 1968.

His name is to be found on the lips of players — from beginners to the world’s greatest exponents, all around the musical world. It has become a gold plated marker of excellence.

All the accolades have been richly deserved — from fellow players to former pupils, industry pioneers and entrepreneurs to a citation from Her Majesty The Queen on being presented with a ‘Queen’s Award for Enterprise in International Trade’ in 2014.

Now aged 90, when asked about the impact he had on the brass band world, he said: “I was once told that our mouthpieces had revolutionised the sound of the modern brass band. It’s such a wonderful musical ensemble, so it should always embrace innovation. Hopefully, we can do more to help that in the years to come.”

Just look around the ranks of any brass band — from youth to elite level and you both see and hear the influence of Denis Wick in action.

That is the mark of a musician of true revolutionary spirit and a man committed to excellence in all the things he has done during his professional life.

He is the worthiest of recipients of the 4BR Award — and long may he continue to inspire further revolutions in the years to come. 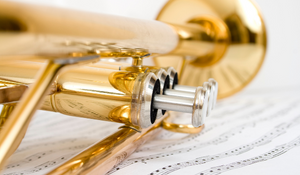 What is killing your performance consistency?

After the first two minutes of playing in your day, how many times have you smiled and said, “I feel great today” or slumped and said “I feel awful today.”?  “I Feel” is...

Your mouthpiece is a relationship of measurements, joined together to support you. Understanding the terminology and relationship is key to finding the right mouthpiece.